Make sure to read detailed information on the Kalahari Gemsbok. All their special qualities, ways of survival in extreme heat and dry conditions and much more, are described.

These mammals are probably, compared to other species, the best adapted to the harsh environment of the Kalahari and Namib deserts in Namibia.

See below on the video, in slower motion, how Gemsbok bulls fight. 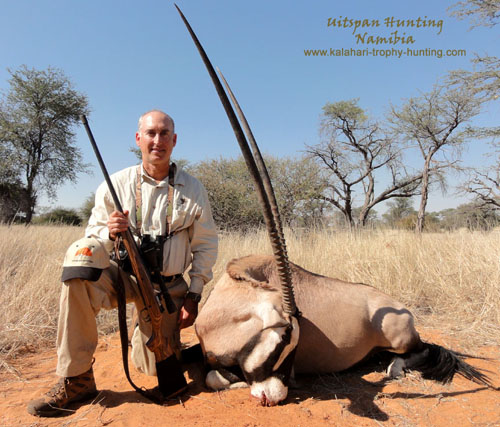